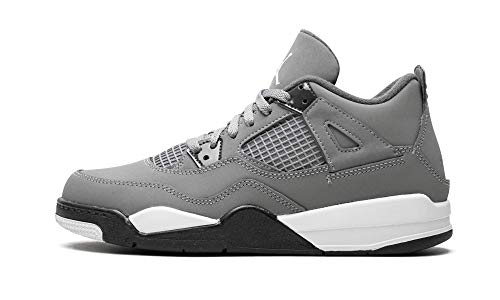 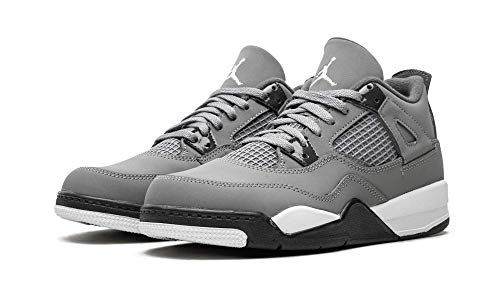 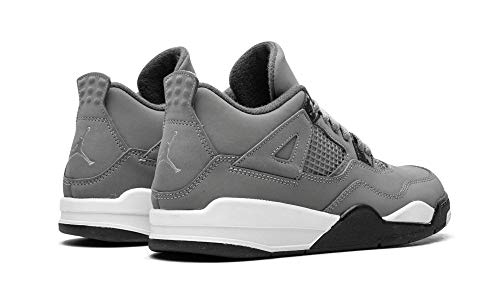 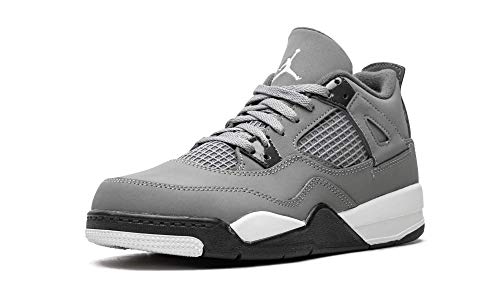 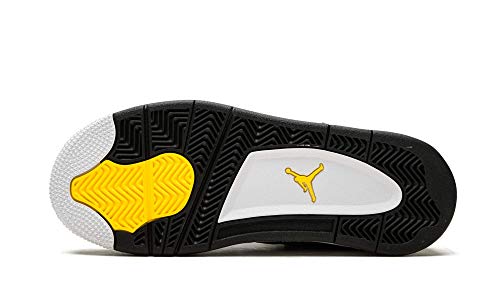 Product prices and availability are accurate as of the date/time indicated and are subject to change. Any price and availability information displayed on [relevant Amazon Site(s), as applicable] at the time of purchase will apply to the purchase of this product.

The Air Jordan 4 PS Cool Grey is the preschool youth sizing of the heralded colorway that first released in 2004 and has since become one of the most popular non-OG editions of the model. Honoring the 30th Anniversary of the Jordan 4, the Cool Grey colorway returned in 2019, this time with childrens sizing also available. The upper features a Cool Grey synthetic nubuck base that covers the toe, mid-panel, and heel. Tonal elements come into play as the mesh found on both the tongue and mid-panel offers subtle contrasting against the surrounding nubuck material. Branding on the Cool Grey Air Jordan 4 includes a white embroidered Jumpman on the tongue and tonal dark chrome Jumpman logo on the heel. Putting the finishing touches on this silhouette is a white and black rubber midsole with a small Jumpman logo appearing in yellow on the outsole. The preschool sizing of the Air Jordan 4 Cool Grey was released on August 1st, 2019.

There are no reviews yet.